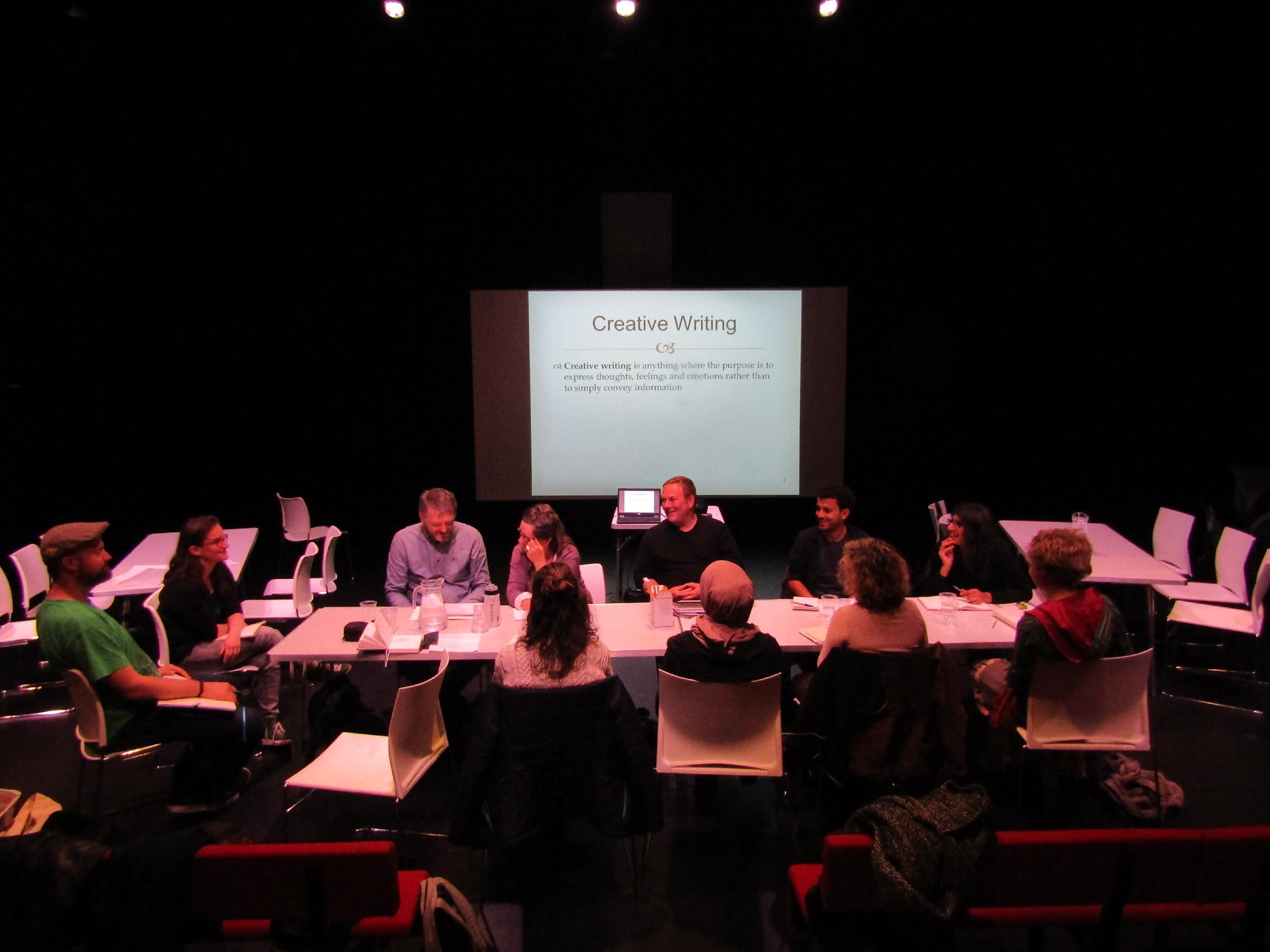 So, funded and supported by Future Ventures Radical Arts Fund, Outside The Frame Arts arranged for the workshop to be held in the morning and was attended by 15 diverse participants from a variety of creative backgrounds. The workshop explored aspects of theatre writing including storytelling, plot devices and character building as well as giving participants an insight to the challenges faced by Ahmed Masoud’s writing as a person of colour in a world where the Palestinian narrative is so contested. Themes raised in the workshop included the representation of trauma, the silenced voice, comedy as a political tool and the nuances of our human condition.

Everyone was encouraged to share and the inclusive workshop was useful to the participants in terms of their creative development. Ahmed’s encouraging and positive manner provided a safe and comfortable space for learning and many were inspired by the diverse writing and technical tools he introduced them to.

‘The workshop was inspiring and helpful and it was great to meet and learn from different people.’

‘It gave me a chance to learn more about Palestine and what it means to struggle.’ The event has been fabulous, very interesting, fun, creative and a great opportunity to benefit from Ahmed’s experience which he has communicated in a generous and organized way.’

‘It was really helpful at this point in my life and work because I lack the confidence and strategies to begin writing. The exercises were really clear, helpful and very effective.’

‘I attended the workshop as I want to be a successful working writer and Outside The Frame Arts give high quality opportunities to develop writers.’