Feedback from our performance at HOME:

“There’s a lot here… Captures the dystopian mood of the moment.” – The Guardian

★★★★ “There is a lot resting on the shoulders of one performer, but [Hafsah Aneela] Bashir maintains everyone’s attention throughout… It would be worth a larger team developing Cuts of the Cloth, and it would be worth it because this was some incredibly important work from Bashir and very smart commissioning from HOME for Push Festival 2019.” – North West End

“A profoundly powerful, thought-provoking piece about the rise, and possible consequences, of Islamophobia… In the times we live in, its important message cannot be understated.” – The Play’s The Thing

“Hafsah Bashir is a star in the making, her poetic delivery at times is utterly captivating… Blooming brilliant.” – Caught in the Act

“It’s a small show but it holds itself with a confident heft of its own… Its polemic is potent.” – Exeunt

We had a ‘work in progress’ script in hand performance of ‘Cuts of the Cloth’ at Oldham Library in July 2018. Along with in-depth research, responding to audience feedback was an important part of how we went on to develop the script for Push festival 2019. 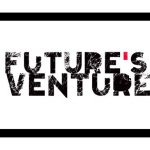 A special thank you to