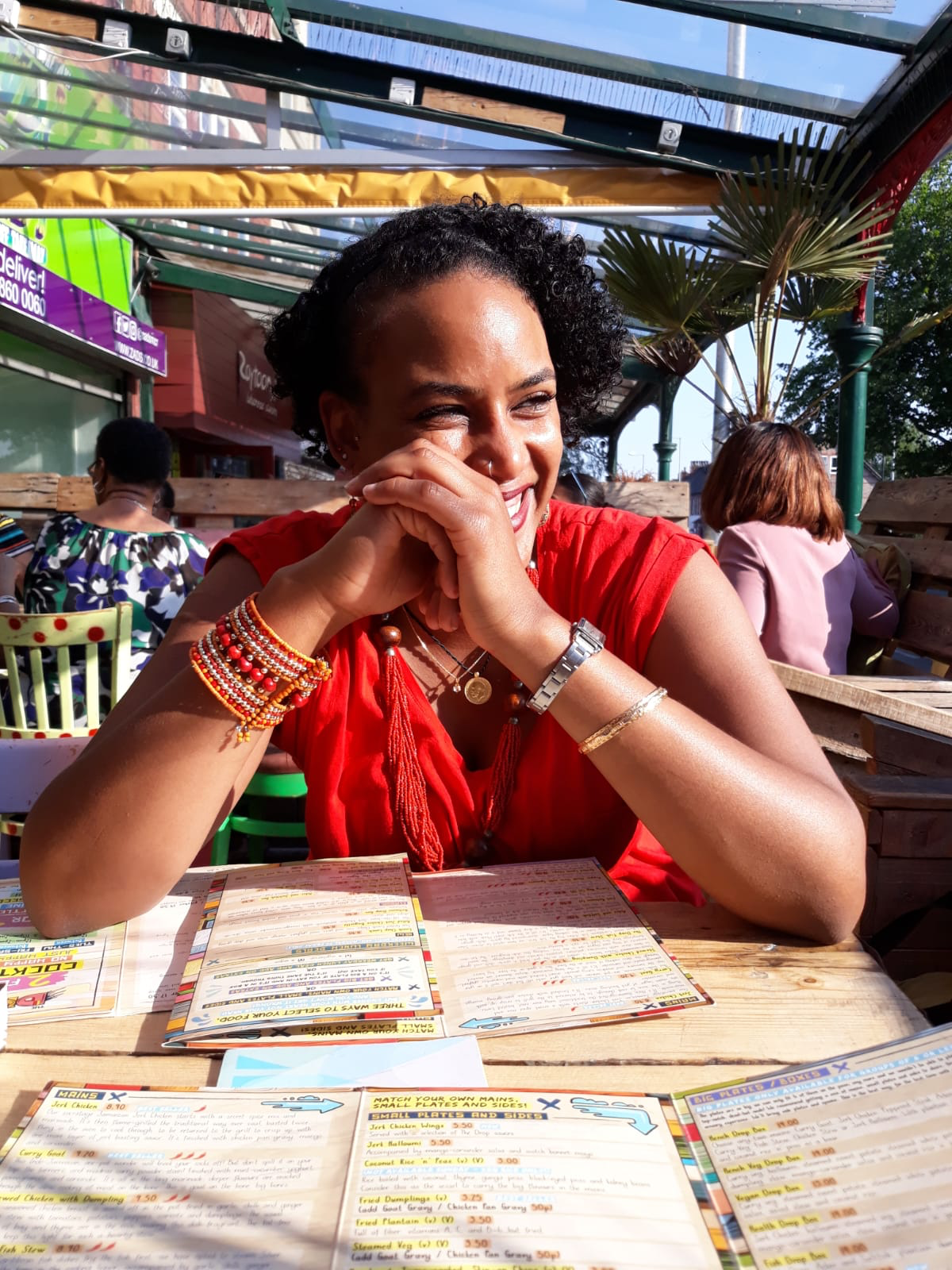 December 7, 2018July 11, 2019 Nikki Mailer
On Saturday 27th October 2018, Nikki Mailer from Outside the Frame Arts organised a workshop with Camille Barton, an artist, researcher and the founding director of the Collective Liberation Project. See her website HERE. Workshop title: MOVEMENT WORKSHOP WITH CAMILLE BARTON: “TRANSFORMING OPPRESSION AT THE ROOT” Exploring racism, sexism and intersectionality. (for womxn: cis women, trans women and non binary people). The workshop brought together 25 womxn from many backgrounds and ethnicities. All coming together with the shared vision of challenging oppression and in particular racism, as well as a love of dancing. Nikki Mailer from Outside the Frame Arts spoke with Saria Khalifa who is a Muslim, Black, migrant woman, about her experiences of the workshop. Saria Khalifa: “My understanding is that there was a strong need for this workshop as many womxn of the Global Majority (Women Of Colour) felt isolated in spaces that claimed to be inclusive and spiritual. There was a desire for those experiences to be shared and recognised and to examine where there can be alternative space for inclusive spirituality/movement practice. The workshop felt like a chance to bring to the surface a lot of things people had been thinking and feeling. I personally found it useful as a lot of the time I think; it’s just me that feels this way. It was powerful to not be the only Person of Colour in the room and that felt like a welcome change from every single other predominately white space I enter. I looked around and I felt how lucky I am that I have this vast rich history. I felt this primarily through the music Camille played when we danced; there was numerous songs that I felt linked to several of my identities or that spoke to me.  When I have been in other movement spaces I so often feel my history is abbreviated or truncated in some way; that it gets reduced to a 3 minute song in a 3 hour dance workshop. Also, where people are from and their skin colour matters, however I feel what can be as important, if not more important, is a person’s understanding of power and privilege and their attitude towards dismantling systems of oppression. There was a lot of white womxn there who showed up and were willing to do work and to examine the systems we live in – being in a space with those womxn was powerful and healing. Camille brought an embodiment of compassionately striving for change. I felt she lived in the space where social justice and mindfulness/spirituality meet. The challenge I have found with many spiritual spaces, in the UK, is that they do not fully examine the relationships and power dynamics within that space, which often can replicate oppression in the external world. I think this makes those spaces challenging for people from the Global Majority (People of Colour) to be in. In addition, Camille discussed and examined the use of spiritualty to provide healing as well as a tool to build resilience in order to continue activism and change the world. Mindfulness can be used as a way to build those reserves. I also like that Camille encouraged and discussed the necessity of feminine ways of collaborating in opposition to capitalism and patriarchy; it encouraged the dismantling of systems as opposed to womxn trying to play stereotypical masculine roles in aggressive ways which can replicate oppressions. The workshop was a metaphor for what was possible. There were moments where we spoke one on one and brought our history and heritage and experiences of oppression and privileges. It was a catalyst and clearly showed a need and interest in this type of work.”  Moving Forward “After the workshop I am keen for there to be more; more spaces where there is a more of a balance of womxn from all over the world. More open, honest, frank discussions about racism and oppression; and the toll that takes on womxn from the Global Majority. More examinations of spiritual spaces and the questions being asked about how we can make this space truly inclusive, healing and radical for everyone. More, dare I say it, spaces where there is more than one or two token women of the Global Majority, where we are able to fully celebrate in our colour, history and heritage. It is not going to be an easy or quick change. It’s going to take lots of difficult, uncomfortable and regular conversations. It’s going to take radical honesty, being able to actively listen, and more importantly than that it is going to take action. There is a lot of great resources out there to enable people to understand race dynamics more; this understanding will go a long way to creating more inclusive spaces. It’s going to take courage to look around the spiritual spaces we enter, and in particular white people to ask ‘who isn’t in this room, why and what can I do to change that?”   Here are some resources from Camille Barton Anti-racism organisations with Educational Resources Books PDFs Documentary/ Film Training & Consultancy: The Collective Liberation Project / Collective Liberation

View all posts by Nikki Mailer